A roundtable discussion to raise awareness and engagement in HIV care for people from culturally and linguistically diverse (CALD) backgrounds was held on 17th March at Cabra-Vale Diggers Club in south western Sydney. 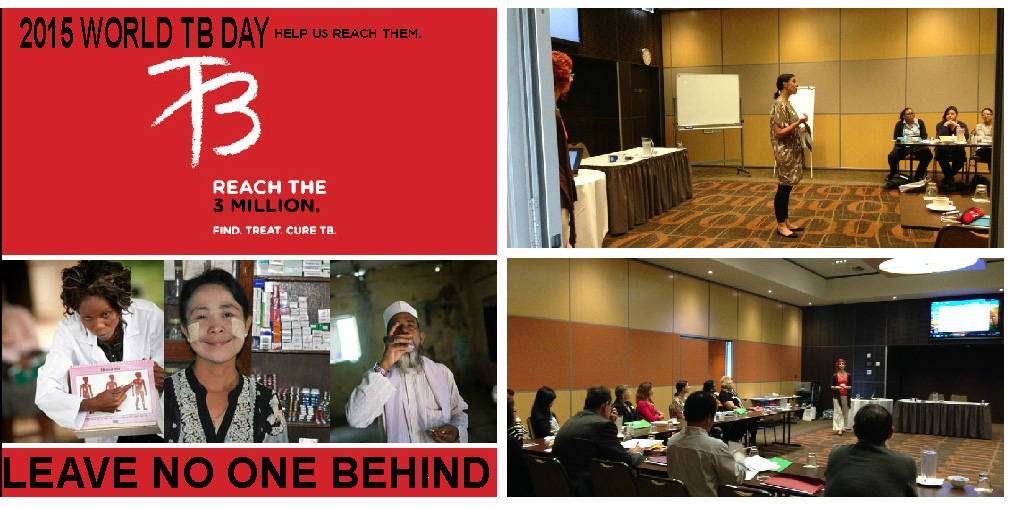 The emphasis on making HIV care more inclusive and leaving no one behind including people from CALD backgrounds directly complements the 2015 World TB Day Campaign, according to Barbara Luisi, manager of the MHAHS.

“Tuberculosis is often one of the first opportunistic infections experienced by those who don’t know they have HIV. The global campaign calls on the world to leave no one with TB behind and asks that all people – regardless of their age, gender, race, language or other status – be included in this process of testing, treating and caring for people with TB,” said Ms Luisi.

The MHAHS runs a number of HIV related campaigns throughout the year aimed at people from CALD backgrounds, including people residing in the SLHD.

The World Health Organisation (WHO) estimates that a third of the 9 million new cases of tuberculosis (TB) each year are not picked up by the health care system. About one million of these people are also living with HIV.

“This roundtable was about understanding issues for people from CALD backgrounds and identifying how agencies can work better with them to prevent, treat and care for their HIV needs. Our goal is to develop a system response towards a vulnerable population and ensure they are not left behind,” she said.

People living with HIV (PLHIV) have more than a 20-fold increased risk of TB compared to HIV uninfected people.

Australia has one of the lowest TB rates in the world, largely due to its effective migration screening program and specialised health services dedicated to the prevention and control of TB. Despite this, people living in Australia who were born in countries where TB is common may be at an increased risk of developing TB disease.

“It is important that we acknowledge diversity and provide culturally-appropriate information to address HIV and TB stigma and misunderstanding,” according to Chris Lowbridge, manager of the NSW TB Program

“People born overseas who develop symptoms of TB may not know where to seek help or advice. Our public need to know that TB is curable and that TB services, located around Australia, provide free and confidential testing, treatment and care,” said Dr Lowbridge.

The WHO recommends that people found to have TB are tested for HIV and vice versa.

For media enquiries call Sonam Paljor on (02) 9515 1241 or email This email address is being protected from spambots. You need JavaScript enabled to view it.

The Multicultural HIV and Hepatitis Service, based at the Sydney Local Health District, employs workers from over 20 different language backgrounds, who can provide support to people affected by HIV in the Sydney region. The workers are bound by strict laws protecting the privacy of the people they support. The service is free and no identification of any kind is needed. It can be reached on 02 9515 1234.