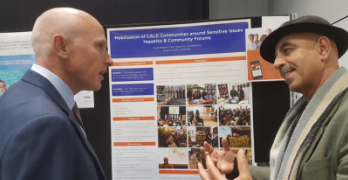 Live free of hepatitis C, the campaign to promote the new hepatitis C cure among culturally diverse communities, is gaining momentum, according to the MHAHS.

Launched in July to coincide with World Hepatitis Day, the campaign aims to raise awareness of hepatitis C testing and treatment and has attracted significant interest among Arabic-speaking, Chinese-speaking and Vietnamese communities.

The campaign has gained support from Michael Ninburg, President of World Hepatitis Alliance, at the 11th Viral Hepatitis Conference in Adelaide recently who said the campaign "was a step in the right direction".

“We have worked in partnership with diverse community organisations, health care service providers, ethnic media outlets and community leaders to deliver culturally appropriate activities – and the results speak for themselves.”

"The promotions have not only increased people’s awareness of hepatitis C testing and treatment, but have also drawn people to the MHAHS website where they can access other viral hepatitis information,”Ms Luisi said.

The MHAHS presented a highly successful paper and 2 posters at the Adelaide conference. Check out two video posters from the conference showcasing how our allies work with people from culturally diverse communities:


“We Belong”- A Peer Based Review On Extension, Inclusion And Appropriateness Of Health Care In The Multicultural Communities, and


Short And Simple Messages Are Not Enough – Developing A Resource For People Living With Chronic Hepatitis B From Non-English Speaking Backgrounds.

MHAHS to present key learnings at the 2018 Viral Hepatitis Conference 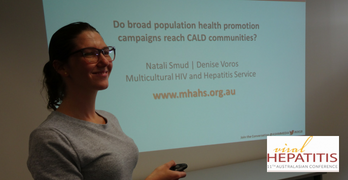 The MHAHS, will deliver an important paper titled Do broad population health promotion campaigns reach CALD communities? along with two posters at the 2018 Viral Hepatitis Conference in Adelaide beginning 13th of August.

Aimed at improving health communication practices at the population health level, the paper comes after recent statewide campaigns in which the MHAHS successfully worked with diverse communities.

The paper offers useful insights into what needs to be done to make our campaigns more inclusive, according to MHAHS Health Promotion Officer, Natali Smud, the paper's presenter.


“The top-down approach to reach diverse communities has not met with the intended success it aimed for. For a more sustainable engagement and success, our plans need to be owned by everyone, including people from diverse cultural backgrounds. A hierarchical approach will not serve our purpose. As health care service providers, we need to find a different way to engage if we are to meet important goals such as eliminate viral hepatitis transmission by 2030,” said Dr Smud.

MHAHS learnings from previous campaigns
We learnt that imposing pre-developed messages meant for the broader community - even while adapting them to fit CALD communities - diminishes the messages’ impact. We need to comprehend One size does not fit all. To improve upon it, this year, we consulted and involved the communities in an early stage of the process. The mainstream Live Hep C free campaign focused on sharing injecting equipment as the main mode of hepatitis C transmission. Our campaign Live free of Hepatitis C re-developed and tailored the messages for each community.

The MHAHS will also present two posters titled Mobilisation Of CALD Communities Around Sensitive Issues and Hep B: Could it be me? An inclusive communications strategy promoting hepatitis B testing in diverse communities at the same conference. 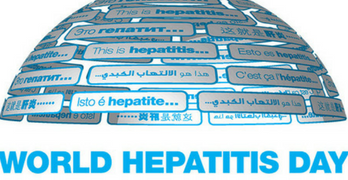 Working in partnership with communities affected by viral hepatitis is key to eliminating viral hepatitis, according to this year’s World Hepatitis Day campaign. The Finding the missing millions campaign on July 28, emphasise collaboration as integral to increasing awareness of viral hepatitis testing and treatment to eliminate the virus by 2030.

Viral hepatitis isn’t just an issue for one community but for many others, according Barbara Luisi, manager of the Multicultural HIV and Hepatitis Service (MHAHS).

“Joining hands with affected communities makes sense for it is both respectful as well as necessary. Only the affected communities know how to tap into their own networks and find the missing millions unaware of viral hepatitis. Unless we engage communities to help spread the word about the importance of testing for hepatitis C and the new treatments that cure hepatitis C, lives will continue to be lost,” said Ms Luisi.

According to the World Hepatitis Alliance, globally an estimated 325 million people are living with viral hepatitis with about 290 million unaware of their status, including people from the culturally diverse communities.

More than a quarter of all Australians living with hepatitis C have been successfully treated and cured since 2016. Despite this, many people from diverse cultural backgrounds still remain unaware of new, effective treatments, according to Senior Staff Specialist at the AW Morrow Gastro and Liver Centre, Royal Prince Alfred Hospital, Associate Professor Simone Strasser.

“People born in countries of high hepatitis C prevalence may have acquired hepatitis C through unsterile medical or traditional practices in their country of birth. Often they acquired hepatitis C at a young age and are not aware of their hepatitis status until later in life, resulting in higher risk of serious liver disease and/or cancer.

“We need to get the message out that testing for hepatitis C is just a simple blood test. If you think you could possibly have it, get a blood test. If you’ve got it, you can have 8 to 12 weeks of tablets and get cured. So, it is a really, really important message.”

MHAHS launches new multilingual video Are you living with hepatitis C? A cure is available 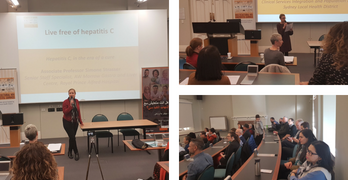 A new video has been launched in Sydney Australia to educate people from diverse communities about hepatitis C testing and treatment.

Developed by the MHAHS, the new video is part of the Live free of hepatitis C campaign aimed to provide diverse communities with information about the benefits of testing for hepatitis C and the new treatment’s which cure it, according to Renée Moreton, Acting General Manager of Population Health, Sydney Local Health District who launched the campaign.

The videos feature real people sharing their story about living with hepatitis C, undertaking treatment and being cured. They also debunk common myths about hepatitis C.

While the new treatments continue to dramatically reshape the hepatitis C landscape in Australia, challenges remain to make the health system more responsive to the needs of all people including those from diverse cultural backgrounds, according to Senior Staff Specialist at the AW Morrow Gastro and Liver Centre, Royal Prince Alfred Hospital, Associate Professor Simone Strasser.

“We need to get the message out that testing for hepatitis C is just a simple blood test. If you think you could possibly have it, get a blood test. If you’ve got it, you can have 8 to 12 weeks of tablets and get cured. So, it is a really, really important message”.