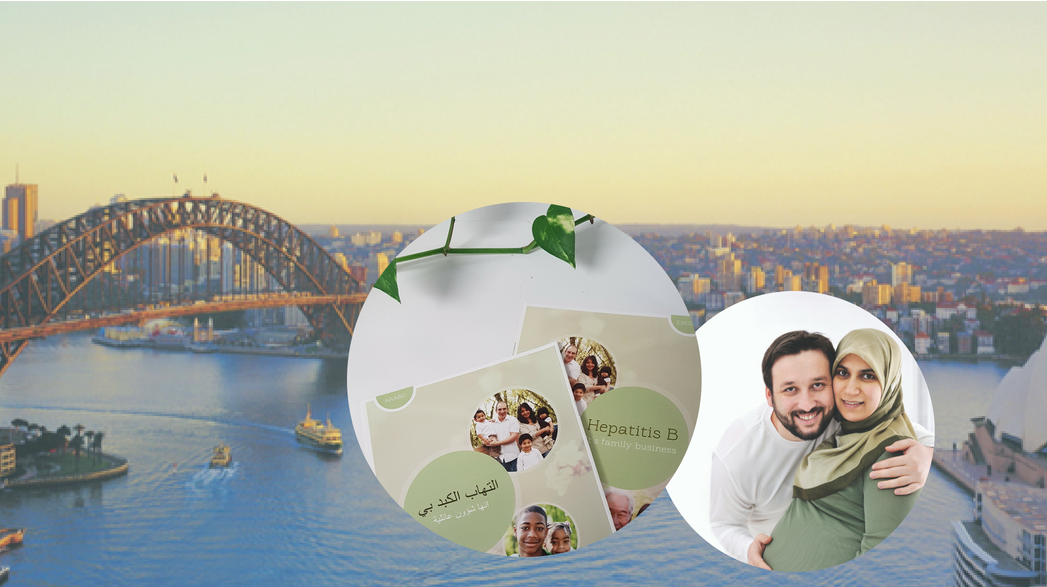 Eid Al-Fitr is the most important religious and cultural festival for the Muslim community and is held at the end of the fasting month of Ramadan.

MHAHS Hepatitis B Project Officer, Faten Solaqa, who is co-organising the stall said Eid is one of the most vibrant festivals and is open to people of all cultural backgrounds.

"We're excited the festival provides us a platform to reach thousands of people with free health information. We are focused on highlighting the importance of people asking their doctor for a hepatitis B test and seeking timely treatment, if necessary,” said Ms Solaqa.

"We are also delighted to work with the team from South Western Sydney Local Health District to further our joint project to increase hepatitis B awareness among Arabic-speaking communities,” said Ms Solaqa.

Visitors to our stall can discuss hepatitis B with Arabic-speaking staff and get Hepatitis B: it’s a family business information booklet in either English and Arabic. They can also have their photo taken at the photo booth and get a free, personalised Eid and health message to share on their mobile devices.

More than 100 thousand people are expected to attend the festival in Sydney and Melbourne. In addition to numerous sumptuous food stalls, there will be vendors selling cultural artifacts, family and fun activities for kids, and much more.

For more details about the Eid Show visit www.eidshow.com.

Positive Life NSW has launched 7 Good Reasons to test for HIV Now with a sneak peek screening of a powerful new documentary Nothing Without Us at Dendy Cinemas Newtown on 4th June. The film, yet to be released in Australia, tells the story of the exemplary role women living with HIV have played and continue to play in the global HIV response.

“The theme for this year is Never Tested for HIV? Get tested today. The campaign is asking people at risk to get tested for  HIV because roughly one in ten people living with HIV don’t know they have the virus,” said Mr Cooper.

Thirty percent of people who are newly diagnosed with HIV are from culturally and linguistically diverse backgrounds and HIV affects people of all genders, cultures, languages and nationalities.

“We are pleased to partner with the Positive Life NSW and Pozhet who are reaching out to people from culturally diverse backgrounds,” said Barbara Luisi, manager of the MHAHS.

"We are excited to continue our partnership and complement their work across NSW”.

The digital resource covers seven of the key reasons why people should get tested for HIV in plain everyday language and was  designed to engage people with low literacy skills who may be also from diverse cultural backgrounds.

It  has been developed in English, Arabic, Chinese, Indonesian, Portuguese, Spanish, Thai and Vietnamese.

The resource is available on the MHAHS website at  http://mhahs.org.au/index.php/en/hiv/7-reasons-to-test.

MHAHS to Present at the SLHD Population Health All Staff forum 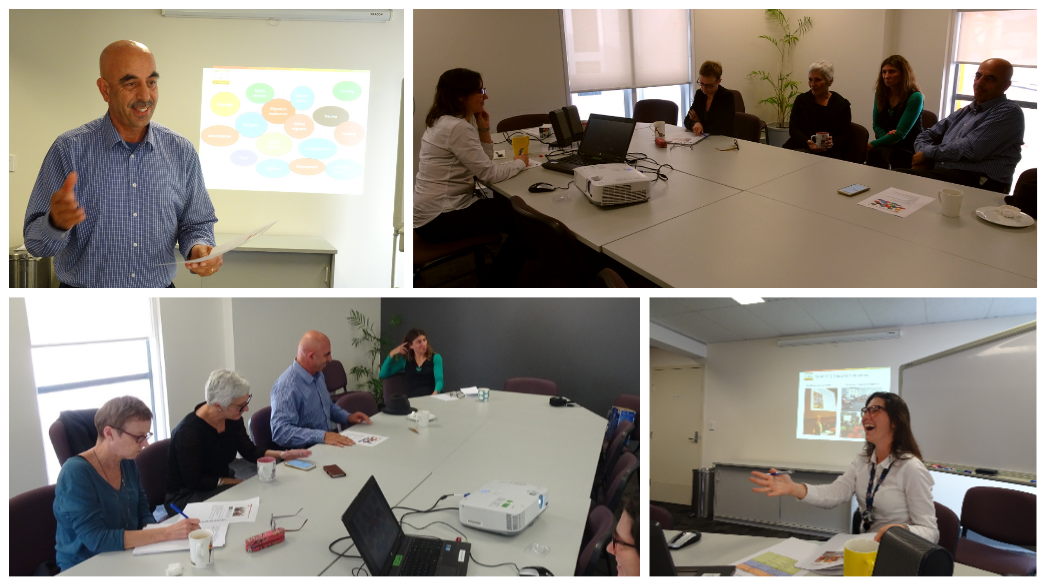 MHAHS, a statewide service focused on increasing awareness of HIV and viral hepatitis in the diverse communities in NSW, will present at Sydney Local Health District Population Health All Staff Forum held in Sydney on May 29, 2018.

Barbara Luisi, Manager of the MHAHS, said, “We are looking forward to the forum. MHAHS has always valued the opportunity to work in partnership with other agencies including those within the Population Health. We are confident the forum will ensure better understanding between the various teams and will help develop more opportunities for collaboration into the future.”

The MHAHS team will share insights into the current state of the HIV and viral hepatitis among diverse communities and present a snapshot of our work and team, with our cultural support officers being at our core. 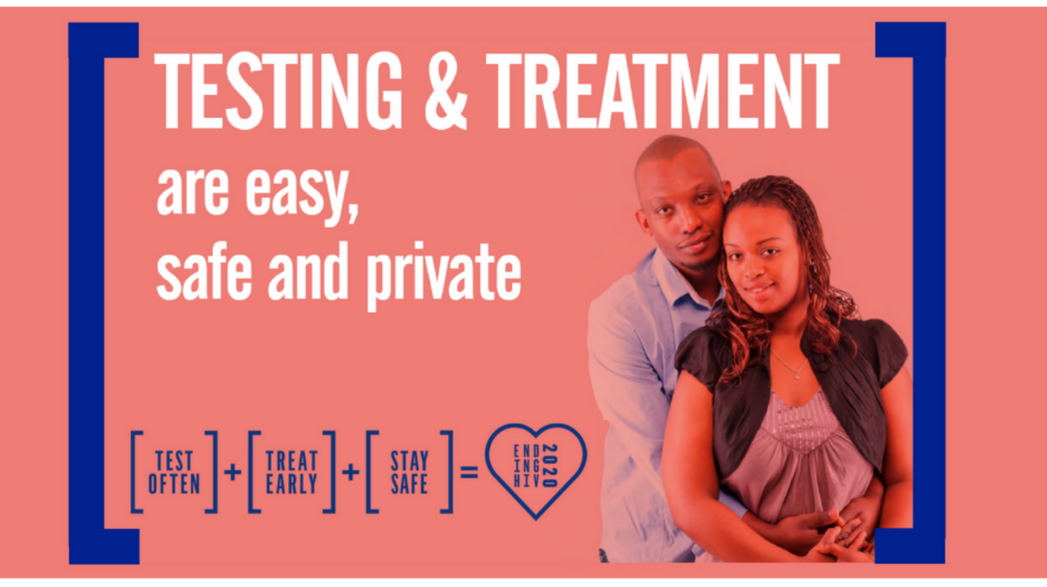 An exciting new multilingual resource 7 Good Reasons to Test for HIV Now is set to be launched during this year’s HIV Testing Week starting June 1st. Produced by the MHAHS and Positive Life NSW, this new easy to read resource features  everyday people using every day language to explain the many benefits of regular HIV testing.

The resource directly complements this year’s campaign theme Never Tested for HIV? Get Tested Today, according to Barbara Luisi, Manager of the MHAHS.

“There are many reasons to get tested for HIV. Nearly one in ten Australians remain unaware of their HIV status, don’t get HIV medical care on time and can pass the virus on to others without knowing it. Taking the test is the only way to know for sure. The new 7 Good Reasons  to test provides  people the simple, easy to understand information they need regarding HIV testing," said Ms Luisi.

Funded by the NSW Health, the resource is available online at www.mhahs.org.au in Arabic, Chinese, Indonesian, Portuguese, Spanish, Thai and Vietnamese.

The MHAHS is undertaking several initiatives during HIV Testing Week including  an ethnic media campaign in eight languages, a series of Facebook messages  and a free HIV Testing Week Toolkit containing all the digital assets for other organisations to use.